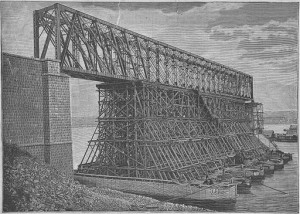 Since publishers have introduced the hybrid open access option, there is a constant debate on the “double dipping” issue, meaning publishers charging fees for opening up individual articles despite selling the respective journal as part of a subscription bundle.

The new offset deals claim to follow a different approach. Here, open access publishing costs were offset against subscriptions due to individual agreements between publishers and institutions. In contrast to elusive reductions of journal prices which publishers claim to apply on an overall level, offset agreements now directly affect library subscription budgets. Thereby, however, the individual costs for offsetting currently rather seem to rise compared to pure subscription agreements, as institutions now pay for both access and open access publishing rights.

On the other hand, offset deals seem to be a promising approach when it comes to achieving a substantial progress towards open access. In his recent article “The open access movement at a crossroads”, Bo-Christer Björk considers “If gold oa is to take place in the next few years it can only come about via the major publishers massively converting their portfolios of established journals, not via authors choosing outlets among newly started OA journals.”. This notion is also key of the Max Planck initiated approach for a swift large-scale transition of the existing corpus of scholarly journals to open access, as outlined at the latest Berlin conference on open access. And consequently, offset deals constitute an integral part of nationwide open access strategies e.g. of the Research Councils UK or the Dutch government.

UK
In their efforts towards modelling the “total cost of publication” Jisc developed several offset systems with publishers over the past years. Jisc Collections has meanwhile reached agreements with:

Austria
In Austria, several offsetting models are also already in place with

Moreover, in their currently launched roadmap, Austria formulates a self-commitment to reorganise publishing contracts which includes that “from 2016 onward, license agreements with publishers should be concluded in a manner that the research publications of authors from Austria are automatically published Open Access.”

Netherlands
The Dutch government in 2014 recommended a policy to gold open access aiming at 100 percent open access to Dutch scientific publications in 2024, with 60 percent being open access in five years (2019). The VSNU, Association of universities in the Netherlands, therefore started negotiations on offsetting with different publishers and came to an agreement with

Germany
So far there hasn’t been any country- or consortia-wide offsetting negotiations in Germany. However, Max Planck Society in 2015 entered in an agreement with Springer which allows Max Planck researchers to publish their papers open access in Springer journals in addition to the reading access.

Further European countries,
such as Norway, Denmark, Sweden, and Finland have currently developed or enlarged their open access policies. They will therefore most likely consider including offset deals in their future strategies.

Besides the mentioned publishers, there are further models known combining open access publishing and subscriptions, such as the “Gold for Gold” model by RSC. And there are also models like SCOAP³ where reimbursement is organized by an international consortia acting between libraries and publishers. We therefore face many different models that somehow connect open access publishing and subscriptions. There is neither a distinct definition of offsetting currently in place nor a shared understanding of the underlying mechanisms of the actual agreements.

David Crotty recently addressed a couple of uncertainties related to offsetting in his recent Scholarly Kitchen post “What Should We Make of Secret Open Access Deals?”:

However, despite their seriousness, these shortcomings do not at present warrant calling into question the overall approach. As with all new things, there are opportunities and risks. Compared to the current dysfunctional subscription systems, the opportunities clearly prevail especially given the early stage of implementation.

Research institutions and libraries must start shaping the parameters of the new model. The following questions might lead the way to do so:

Can we agree upon a common understanding of offset deals?
Can we frame the objectives or even a definition?

When negotiating offsetting, parties should be clear about their objectives: Is the agreement considered to be a pilot in order to pave the ways to a fully open access business model? Or instead, should the agreement rather provide enhanced open access options while it otherwise maintains the subscription logic? To what extend does the agreement contribute to an open access transition? Does it imply mechanisms to foster and to practice the necessary new logics and processes which will come into effect for both libraries and publishers as a consequence of the transition (such as an article-based billing scheme)?

Can we agree upon a set of principles for offset agreements?

This relates to both financial mechanisms as well as to questions of administrative workflows and accounting processes. Are there limits to the financial frameworks of offset agreements in terms of the overall contract value and how it relates to former subscription agreements, and also in terms of the apc values applied? How can we ensure transparency and comparability? What kinds of settlement mechanisms are acceptable in view of handling efficiency (e.g. vouchers, subsequent offsetting etc.)?

Which infrastructure is needed to support transparency and efficiency of the new model?

It becomes clear that an article based business model in many regards differs from the current subscription system. There is a need to improve data evidence to predict publication outputs. We need reliable figures to speak about average prices and price developments as we need reference platforms for the exchange of good practices and for communication.

Substantial groundwork on these questions has already been made last year by Jisc issuing their “Principles for offset Agreements”.

In view of a global transition to open access an international discussion on objectives, principles and user requirements is needed. We are therefore happy to welcome more than 20 participants from 9 countries to the ESAC offsetting workshop within the INTACT project on 7-8 March in Munich in order to make some progress in this matter.